Activism in the Boardroom

Jackie Kosecoff Member of the Board of Directors

Dr. Kosecoff is a seasoned corporate executive and board member, with special depth of knowledge in health services and technology. In the early part of her career, Dr. Kosecoff helped found and lead PE-backed companies, including Value Health Sciences and Protocare. She went on to serve as Executive Vice President of PacifiCare with responsibility for its specialty businesses, including its PBM, the Medicare Part D Drug Program, PacifiCare Behavioral Health (PBH), PacifiCare Dental & Vision (PDV), and Women's Health Solutions. Upon joining UnitedHealth, Dr, Kosecoff was appointed CEO of Prescription Solutions (later renamed OptumRx) with responsibility for United's PBM, Specialty Pharmacy and Consumer Health Products, providing services as of 2011 to more than 13 million members with annual revenue of $18.5 billion. In addition to her accomplishments as an entrepreneur, Dr. Kosecoff is a recognized expert in the areas of clinical and health services research, quality of care and technology assessment, disease management, and organization of the health care delivery system. Currently, Dr. Kosecoff is working in private equity to identify, select, mentor and manage health services and IT companies. She sits on the board of directors of these public companies: athenahealth, Inc. (NASDAQ: ATHN); Houlihan Lokey (NYSE: HLI); Sealed Air Corporation (NYSE: SEE); and, STERIS Corporation (NYSE: STE). Dr. Kosecoff holds a BA from the University of California, Los Angeles (UCLA), an MS in Applied Mathematics from Brown University, and a doctorate from UCLA. 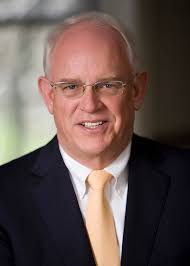 Richard C. Breeden is the Independent Director of STERIS plc since April 2008. He is also Chairman and Chief Executive Officer of Breeden Capital Management LLC, a registered investment advisor, since 2005. Since 1996 he has also been Chairman of Richard C. Breeden & Co., LLC, a professional services firm providing consulting services. From time to time Mr. Breeden also handles asset distributions to victims of unlawful conduct, typically on behalf of U.S. Government agencies. Since late 2012, Mr. Breeden has served as Special Master on behalf of the U.S. Department of Justice to administer and distribute just over $4 billion in forfeited assets to victims of the fraud at Madoff Securities through the Madoff Victim Fund. Mr. Breeden is currently handling distributions of Fair Funds aggregating over $900 million for the SEC in cases involving British Petroleum’s disclosures involving the oil spill in the Gulf of Mexico, and J.P. Morgan’s disclosures involving the so-called “London Whale,” and a case involving certain mortgage backed securities sold by Citicorp. Mr. Breeden has previously handled asset distributions to victims of unlawful conduct at WorldCom, Enron, Adelphia, Royal Dutch Shell, and other companies. Mr. Breeden served as Chairman of the SEC from 1989 to 1993. Mr. Breeden currently also serves on the Standing Advisory Group of the Public Company Accounting Oversight Board.

Activism in the Boardroom

Add to Calendar04/23/2020 12:00pm04/23/2020 1:00 pmAmerica/Los_AngelesBoardroom Insights: Activism in the BoardroomYou were approached by an activist. What steps should you take next? In this salon Richard C. Breeden, former Chairman of the U.S. Securities and Exchange Commission, hedge fund manager, and corporate chairman joins seasoned board leader Jackie Kosecoff, who currently serves on the board of four public companies, in a discussion about activism in the boardroom—pulling from her real experiences as a board director at companies like Steris and athenahealth, which were both the targets of activists but with very different outcomes. Activist investors have taken over the boardrooms of some of the world’s most powerful companies. Be prepared for a crisis and create a formal strategy for handling activists in this members-only virtual salon. Submit your questions for Jackie in advance at events@athenaalliance.org.Virtual

Corporate Oversight: Artificial Intelligence in the Boardroom: What Directors Need to Know