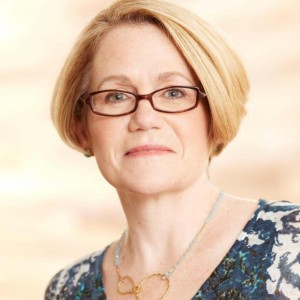 Interview By The Athena Alliance

Amy Bunszel is a board member and C-level technology executive and product strategist who serves on the board of directors of Pixelworks (PXLW). Her path to leadership began when she founded a startup that was acquired by Autodesk in 2003. She is now Autodesk’s Senior Vice President of Design and Creation Products, leading a team of 1,200 employees with a $200M annual budget. Amy pursued her first board seat over the course of several years, a testament to the adage that it’s a long journey to achieve your first board seat.

How did your career at Autodesk jumpstart your path to the boardroom?

Autodesk is where I became a professional product manager. I co-founded Linius Technologies, which was acquired by Autodesk in 2003. At Autodesk, every couple of years I had a new job, expanded responsibilities, or a promotion. I had been running our main manufacturing product line in Oregon and moved to San Francisco in 2011 to run the larger and older AutoCAD product line. Over the years, we’ve completely modernized AutoCAD, ensuring its relevance for many more years to come and scaling its revenue impact to over $1 billion and to millions of subscribers.

Two-and-a-half years ago, when Andrew Anagnost became CEO, I was promoted to SVP of Design and Creation Products. Andrew was my first boss at Autodesk when Linius was acquired in 2003. While I hadn’t worked with him for a while, he had remained both a mentor and sponsor. As I look back, building and maintaining relationships in different parts of Autodesk has been critical for my success as I moved around the company.

Tell us about the transition from being a founder of your own company to working as an operator in a large organization like Autodesk.

Coming into Autodesk, I was an individual contributor where I was able to focus on a single role (product management) rather than having 14 different jobs and not mastering any of them. At Linius, I was doing everything except software development. At Autodesk, I was able to focus and learn from many other Product Managers and that led me to ever-expanding roles in strategy and execution. Autodesk was also great about investing in my leadership development, so I was able to build up a lot of the soft skills required to manage teams and influence people.

What have you learned about yourself as a leader?

Along the way, I took a lot of risks. If you’re operating in your comfort zone all the time, you’re not learning, stretching, or growing. Starting Linius and leaving my current job before we had funding was a risk. Moving my family to Portland to work at Autodesk was a risk. But these decisions weren’t permanent or irrevocable. In 2011, when I raised my hand for an internal transfer to run the AutoCAD team, it also felt very risky. I wasn’t being considered for the role because no one thought I was open to leaving Oregon or my current position.  So, if I hadn’t raised my hand, I never would have even been considered. I also didn’t know the hiring manager very well and had no idea if I’d be seriously considered—let alone selected, so there was an element of vulnerability. Fortunately, I previously worked closely with two people on the hiring manager’s team, who both sponsored me for this role and advocated for me. It’s a great example of how those relationships I built over the years became critical as I moved within the company.

What has been your experience as a woman in technology?

Usually, even when we visit customers, I’m one of the only women—if not the only woman—in the room. But it’s always been comfortable for me—as I’m speaking from a point of expertise and knowledge. I’ve learned over the years how to make sure I’m interjecting into the conversation in an appropriate way and how to ensure that I am heard. I have learned to pay more attention to unspoken norms in meetings and to make sure my comments add knowledge to the group.

Has that been the same in the boardroom?

The Pixelworks board has been very welcoming. The directors on my board are absolutely interested in hearing what I have to say. But we recently had an external speaker present on a board-related topic. I’m a new board member, so I hadn’t met him before. He shook the hands of all the board members except me. He didn’t even acknowledge my presence in the room. I thought, “Did he really just do that?” The chairman of the board stopped him and said, “You forgot to introduce yourself to Amy.” It took only a split second for the chairman to react. Had that not happened, my plan was to stop the conversation myself, get up, and introduce myself. I was glad the chairman stepped in, but the presenter lost some credibility in my mind.

Getting a board seat is a long process. How long did it take to get your first board seat?

Preparation, interviewing, and finalizing my first board seat took years.  I started working with Athena when it was created four years ago and became more deliberate about serving on a corporate board.

In the middle of my board seat search, I got a huge promotion which forced me to slow down a bit. I didn’t even know what I wanted when I started. For example, did I want a for-profit or non-profit company, public or private, large, medium or small organization? Did location matter? It was only through the interview process that I was able to narrow my search. I discovered I wanted a public company, based in the Bay Area that ran a B2B enterprise business.

One thing that was both frustrating and helpful was creating my elevator pitch, board bio, and updated LinkedIn profile through Athena. On the positive side, the process was very self-reflective, and this was very invigorating.  What was frustrating is that I have a lot of male colleagues who didn’t do any of that and got a board seat through their connections. Their experience is not the typical female experience of getting on a board—hopefully, this will change over time.

What advice do you have for rising women leaders and women looking to enter the boardroom for the first time?

For rising executives, continue to invest and build relationships with people who you trust and can go to for candid feedback or ideas. Embrace this feedback and don’t be defensive. I often think of these people as a personal board of directors or my “posse”—it won’t always be the same person who has the expertise you need, so it’s great to have a group you can pull from. Accumulate relationships with people whose input you respect and value and give the same in return. I’ve learned as much from some of my mentees as I have from mentors.  Keep in mind that sponsors are the relationships in my experience that can take the longest to build.   These are people who will go to bat for you and advocate for you—that’s a lot different than being a sounding board or giving you advice.

For women seeking a board seat, cast a wide net to start—this will help you gain experience in the process and also figure out what is most important to you. But once you have a better sense of what you really want, focus and don’t waste time on opportunities that you know aren’t going to work. It’s tempting to compromise, especially because the process can take so long.  You might want to be on a board but pay attention to whether this is the board you want to be on—because you’re making a long- term commitment.

More from “Meet Our Members”