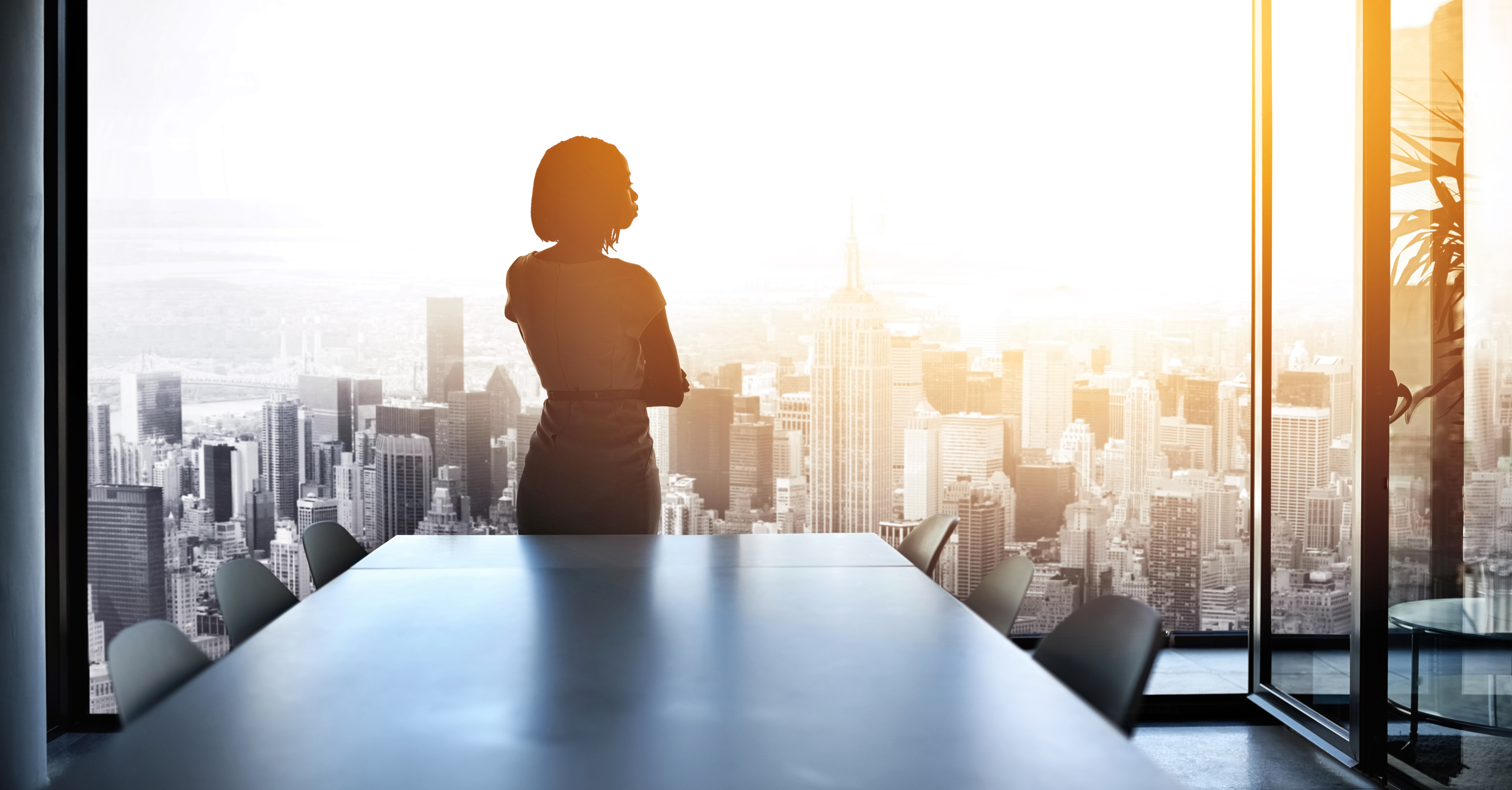 It’s now been approximately 9 months since California Governor Jerry Brown signed into law SB-826, which requires public companies with headquarters in California to have at least one woman on their board of directors by the end of this year. At the time of signing, 94 of the 722 companies affected by this new law were given notice that they are immediately affected due to having zero women on their boards.

A progress report on the original 94 companies affected by the California mandate.

Athena Alliance pulled data on the 94 original companies in an effort to gauge progress. The data shows that 9 months later, 36 percent (34 companies) still have no women on their boards.

Getting 34 companies to bring one woman onto their boards doesn’t seem like it should be too difficult. However, the timeline to date seems to indicate those companies believe it is. As an additional data point, earlier this month, the California Secretary of State released its Women on Boards report, which lists the companies that have or have not reported their compliance with the law as applied by 2021. Just 184 companies out of 722 have reported where they are with respect to their compliance (25 percent).

The bill states: “More women directors serving on boards of directors of publicly held corporations will boost the California economy, improve opportunities for women in the workplace, and protect California taxpayers, shareholders, and retirees, including retired California state employees and teachers whose pensions are managed by CalPERS and CalSTRS. Yet studies predict that it will take 40 or 50 years to achieve gender parity, if something is not done proactively.”

My hope is that companies would jump at the opportunity to modernize their boards and create a competitive advantage, especially when there are many organizations standing by to help, such as The Athena Alliance, HimforHer and Equilar’s Diversity Network, just to name a few.

Let’s remember why this bill came to be.

When this bill was on the table, I had many candid discussions with my peers, with my board, with Athena Alliance members, all incredibly experienced and insightful corporate executives, many of whom are board members. I heard the full spectrum of emotion and debate on this issue; I even felt conflicted myself. Change needs to occur, but most of the powerful female leaders I know want to achieve a board seat on their own merit. Not to check a box.

Yet, throughout the ages, change has had to be forced upon society, often successfully. From voting rights to gender inequality, it’s often been policy – not society – that has been the catalyst for transformational, profound progress. Achieving gender parity at the highest realms of leadership is no different, with other countries trailblazing efforts of their own. For example, Germany mandates that 30 percent of public company board director seats are held by women. For Norway, it’s 40 percent.

Additionally, studies have shown that mandates such as California’s aren’t just good for women, it’s good for business. A study conducted by Credit Suisse over a six-year period found that women on boards resulted in positive metrics across the business, including improved stock performance, less debt, double digit income growth, and more.

If we need even more validation, just look to Larry Fink and the asset managers who hold $40 trillion in the markets on our behalf. They are demanding that boards bring on more contemporary experience, with directors who hold a wider range of skills. This is required to steward long-term value in today’s modern, digital world, where businesses are vulnerable to new threats and Environmental, Social and Governance (ESG) matters take precedence.

Where are we today?

As the California Secretary of State’s report highlights, there are many companies that need to put in a lot of work to meet the mandate. At a glance, the numbers are cringeworthy, painful. But what I’m hearing on the ground in California, as the leader of an organization dedicated to helping companies find their perfect board candidate (and who just happens to be a woman), here’s what I know: The greatest energy for change is not coming from the public companies that are significantly behind in meeting the California mandate. It’s coming from venture-funded expansion stage, late stage private companies, and from progressive public companies outside California.

Here’s the good news: Many CEOs are beginning to embrace change and warm to the concept that they need to make some sweeping changes in their boardrooms. The most progressive of them are taking a proactive approach by having the conversation (the tough conversations) that they need to have, early on. They understand that the best business decision involves a board refresh or active expansion. For example, earlier this month, I spoke with Brian Moynihan, Chairman and CEO of Bank of America, at an intimate gathering of CEOs and board directors. We discussed the need for transitions at the highest levels of leadership. Our conversation was followed by fireside chats with the CEOs of iRobot (Nasdaq: IRBT) and Forrester (Nasdaq: FORR), two organizations that took the brave path to a board refresh.

And, there are many successes emerging from the changes happening in California. Take corporations like Autodesk (Nasdaq: ADSK), for example, who is partnering with Athena Alliance to send their top women through our high-touch executive development program. Autodesk is going one step further than simply meeting compliance with the California mandate; they are making the critical investment in their bench strength of leadership by connecting and nurturing the leaders of tomorrow.

Build the right board construct, and the women will come.

For so many progressive CEOs and boards I talk to, the biggest challenge is not knowing where to start. For decades, these male leaders have relied on their networks. They’ve hired who they know. They’ve gotten referrals from who they know. It’s always worked for them. Men, referring men. A strategy that has worked throughout time.

For male CEOs in California who still need to take the next step to meet compliance for women on boards, I urge a “build it, they will come,” approach. Begin by recrafting your board construct – design the board that will propel your company to the next level – and very likely you will see that the people you currently have on your board are not the ones who can get you there.

What markets do you need to tap into? Who are the stakeholders that you need a deeper connection to? What is your brand reputation doing for you in today’s digital world? How are you driving efficiency across technology, operations, with employees?

Look to where you need to go. Then think about what perspectives and expertise is required to guide you there. There are many qualified women who are prepared and willing to serve on your board, especially if you can look past the “traditional” board director persona of a former CEO or CFO.

It’s worth the effort to get to the other side.

For the companies that can put in the effort to recruit women board directors, the payoff will be immense. They’ll see it in their revenues. They’ll have a deeper connection to their communities, to their employees, to their customers. They’ll see the payoff in positive brand reputation. They’ll steer their companies into the modern age of business with broader perspectives, fresh ideas, and innovation.

Each, a competitive advantage. Each, one more investment closer to securing the company’s relevance and place in the future. Now, that’s good business.

For more insights from Coco Brown, read It’s Never Been a Better Time to Open Up the Boardroom: Here’s Why>>

Coco Brown is founder and CEO of Athena Alliance, an organization dedicated to revolutionizing leadership from senior management to the boardroom. Athena Alliance enables businesses to take on today’s greatest threats and to conquer their most pressing imperatives. It empowers women to own their value and to step into their most ambitious leadership role yet: in the boardroom, in the C-suite, as a founder, or as an investor. At the heart of Athena’s mission: coaching remarkable senior women leaders to fully own their value and to step into bigger roles. Athena also guides CEOs, venture firms and corporations to evolve their approach to senior leadership development, to strengthen their boards, and to facilitate curated connections to remarkable female leaders. Learn more at AthenaAlliance.org.